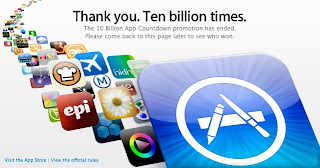 UK resident Gail Davis received a phone call after one of her daughters downloaded a free game called Paper Glide. Believing it to be a prank, Davis hung up on the Apple executive, who had been calling to inform her that the family had won a $10,000 iTunes gift card!

Upon her daughters’ insistence that the call had to be genuine, Gail attempted to return the call, but was unable to get past Apple’s help desk operators. Fortunately, another executive called back a few hours later to deliver the good news. Gail was quite relieved to have received the second call, saying, “The girls were getting quite tense. They never would have forgiven me. They would have held it against me for all eternity!”