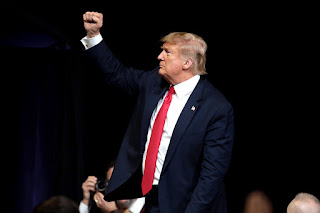 US President Donald Trump has removed the inspector general who was named to supervise implementation of the $2.3 trillion coronavirus economic relief, Politico has reported.
The president also removed Glenn Fine, the acting inspector general for the Pentagon who was named previous week to chair a committee acting as a sort of uber-watchdog regarding the historic economic stimulus plan, from his post on Monday. His position has been taken by the Environmental Protection Agency’s inspector general, according to Politico.
The law unleashing a flood of money for people, families and small businesses formed four different watchdogs which included federal government officials and lawmakers. The law, signed on March 27, set aside $80 million to form a committee of inspectors general from government agencies to review the flow of money and detect any fraud, waste or abuse.
A representative for the Pentagon inspector general’s office has not made any response to this report yet.