Finally the lovers of Samsung smartphones may soon see a model being launched by the Company which will have wireless charging facility, as per the latest rumours making the rounds.

If the rumours are to be believed, Samsung is planning to make the upcoming and one of the most awaited models, Samsung Galaxy S4, with the wireless charging feature. Samsung has recently released pictures of wireless charging surface but it is not very clear as to it will be used for which model.

Nokia has already launched this wireless charging facility for some of their phones including Lumia 920 and it has received decent response. This must be the reason why Samsung has also decided to make this feature available for their models. 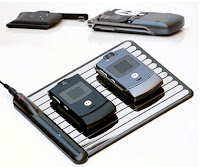