A mailed advertisement from a European retailer showed off a list of eleven notebooks, ultrabooks and tablets from ASUS and Samsung with their prices. We got some information regarding the same advertisement from the Italian blogspot WindowsBlogItalia.

Throwing some light upon the specs of the tablets, The ASUS TF600T is a Wi-Fi only tablet which sports a 10.1 inch-ed display. It is powered by a Nvidia Tegra 3 processor and weighs just around a pound. It also features NFC and Bluetooth 4.0.

Whereas, the Samsung ATIV Smart PC sports a 11.6 inch-ed HD LED Display. It is powered by a 1.5 Ghz Intel Atom Processor bundled with 2 GB of RAM and 64 GB of onboard storage along with a Stylus named S-Pen. It also supports 3G, Wi-Fi and NFC.

Acer also had some gadgets listed in the circular. Acer’s S3 ULTRABOOK was priced at a reasonable 699 Euros.

That was all that we could gather from the circular.

The pricing for the tablets did turn out to be a bit more expensive than what we expected especially for the Samsung ATIV Smart PC. Still, let us wait and watch till we get the official info releases. 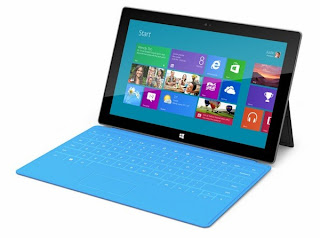