Manchester United continues to dominate the league with 62 points from 25 games followed by
Manchester City and Chelsea with 53 and 46 points respectively from 25 games played by each
team. Queens Park Rangers stands last with only 17 points from their 25 games. 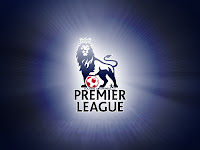 Two of the most important matches this week are Tottenham vs Newcastle United and Chelsea
vs Wigan Athletic, both on Saturday February 9, 2013. Chelsea and Tottenham are closely at third
and forth position respectively with a difference of just one point between them.