Indian conglomerate which is also into mobile manufacturing, Videocon, has launched a dual-Sim smartphone Videocon A27 for Indian customers. 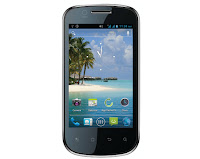 The another good thing about the phone is that it will come with lots of apps pre-loaded into it such as Facebook, Fun Zone, Movie Studio, newspapers apps of Times of India (TOI), Economic Times (ET) and many more.

Another great feature of this phone is that it can be used for video calling as it would have phones on the front and rear as well. The phone is priced at around Rs.6,000 currently.