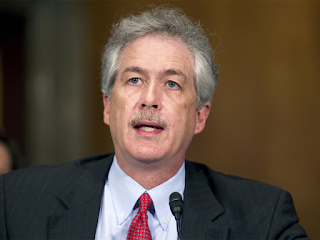 The Senate voted by unanimous consent, without objection, to approve Burns, a former ambassador to Russia and former deputy secretary of state, to head the agency.

Burns served as ambassador in Russia and Jordan and a senior State Department official.

Burns, 64, is the only career diplomat chosen to lead the CIA.

During Burns’s long career, he was noted for careful analysis of national security and foreign policy problems, a talent that helped Biden to tap him for the CIA post.