We all are familiar with this addictive and widely played game Angry Birds in which we have to fight those ugly green pigs. But did you know that Chinese are already knocking those green pigs in real life? Yes! An Angry birds recreational park has been opened in Changsha, China that offers visitors to use giant slingshots to shoot at pig balloons just like we do in the game. 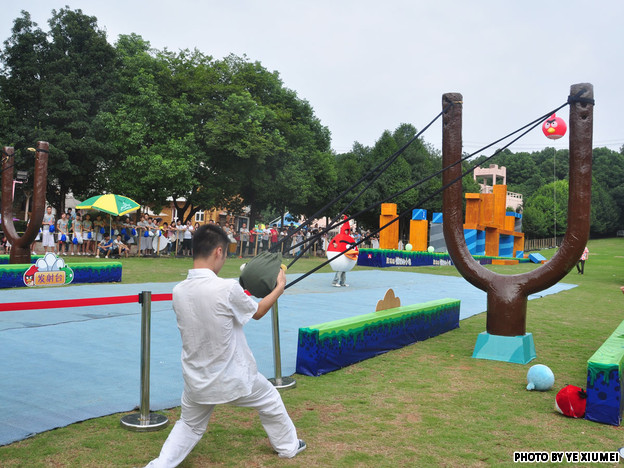 The park is unlicensed which means that the owner of the park didn’t get the permission from Angry Birds developer, Rovio and might be facing legal action against himself. A park official told Chinese gaming site gamersky.com:

“This [Angry Birds attraction] serves as a method for people to purge themselves and to gain happiness.” 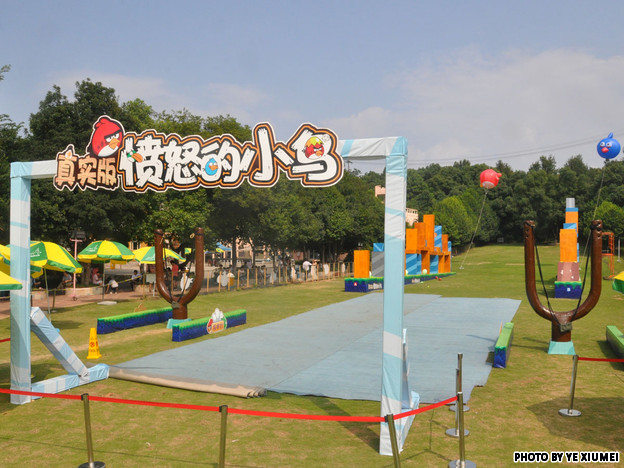 I just wish I could visit this wonderful Angry birds park filled with a lot of fun and enjoyment. Did anyone get a chance to visit this park?
[Via: cnngo] [Photo credit: YE XIUMEI]