So here it is. The UEFA Champions League’s draws for the quarter-finals were conducted today. The draw took place in Nyon, Switzerland. Three teams from England were included in the draw.
So here’s a look at the respective draws:
Manchester United vs Chelsea.
FC Barcelona vs Shaktar Donetsk.
Real Madrid vs Tottenham Hotspur.
Inter Milan vs Schalke. 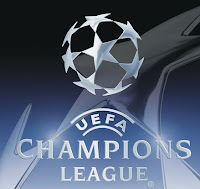 The first tie is remembered by both United and Chelsea fans as was the final in Moscow in 2008 where United triumphed over Chelsea on penalties. This time it is, however, very different. Both the teams are in fine form in Europe having dispatched Marseille and Copenhagen in the previous round. This tie will be anticipated highly and it will surely turn out to be a crunch game.
Meanwhile Barcelona will be breathing a sigh of relief as Donetsk is one of the weaker teams left in the competition. Shaktar Donetsk, on the other hand, will be well prepared for the contest because they are well aware of Barcelona’s qualities.
The third fixture is where all eyes are. It’s Tottenham vs Real Madrid, both the teams triumphing before this tie. Spurs, as debutants, will be the underdogs in this one but must not be underestimated by Madrid. However, if Spurs go on to win it over the two legs it may be considered as one of the best encounters in European football.
Lastly, Inter vs Schalke is also a very exciting fixture. Many of the Inter players are excited to play Raul’s new team. It will also be an equally enjoyable game.
The first leg will be scheduled on 26th/27th of April and the conclusive leg will be held on 3rd/4th of May.
The winners of Manchester United or Chelsea will face either Inter or Schalke in the semis. While Real Madrid or Tottenham will face either Barcelona or Shaktar Donetsk.