Tunisia won their first match of African cup of Nations 2013 against Algeria by 1-0. Youssef M’Sakni did a fantastic last minute goal, after the game entered into an extended four minutes on account of injury, to get the lead and secure a win for the team. This was the Group D match of African cup of nations played at Royal Bafokeng Stadium in Rustenburg. 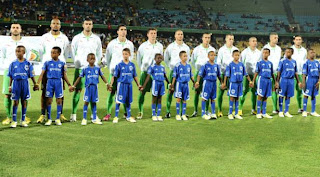 The match was a closely fought match with both sides getting some chances but neither of them was able to convert into goals except for the last goal by M’Sakini.

The win will give lot of boost to the confidence of Tunisian team and at the same time Algeria would like to up their ante and make sure that they win their remaining two league matches.