It’s one of the most interesting match of the weekend at White Hart Lane on Sunday where Tottenham takes on Manchester city. Having won only one of their last six games against Tottenham, Man city will be looking to break the loop.
Spurs will have Luka Modric in their starting Line-up for the first time this season. He has missed both UEFA league games and last week’s 3-0 defeat against Manchester United. Van der Vaart and Bale will be included in the starting line-up while newly signed Emmanuel Adebayor is unavailable to play against his parent club Manchester City.
Manchester City have won both the games so far, an impressive start with seven goals in the process. Coach Robert Mancini could give debut to newly signed Samir Nasri who completed his move from Arsenal in the mid-week.
Tottenham Hotspur vs Man City match info:
English Premier League
28th August, 2011
Kick off at: 1:30 PM BST
White Hart Lane, London
Result: Spurs 1-5 Man city 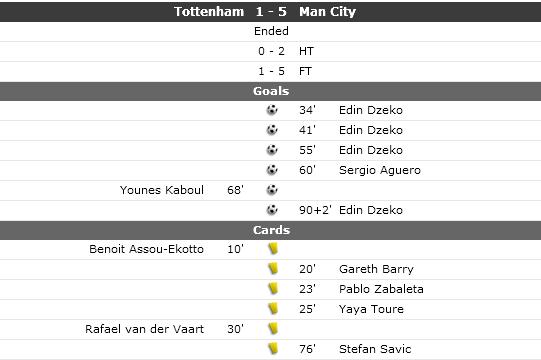