This Christmas brought a lot of new iPhone 6/6s users

Christmas has, as you’d expect, has been nice to Apple once again, and significantly to the Cupertino-based firm’s line of iPhone handsets. Because as per the early information from one app developer, the amount of iPhone 6/6s handsets in North America indicates to have raised by an estimated of 750 percent since Christmas Day, Dec. 25.

The report comes from the developer behind Pay Finders for iOS (via AppleInsider), a free application that let iPhone owners to locate nearby Apple Pay retailers. As per a Twitter update (below), the application has seen about an estimated of 750 percent increase in new users since Dec. 25, adding that a whopping number of new iPhones were under Christmas trees in 2015, this year. 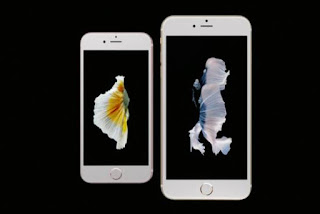 Pay Finders isn’t a large app, and its information isn’t going to be flawlessly established, but this does give an early attention of iOS adoption over the Christmas period. Apple doesn’t usually reveal this kind of information in much detail, and instead the task is left to firms like IDC (which publish records on the smartphone market). As such, for now, at least, the report from Pay Finders is as better as any we’re going to get concerning Apple’s performance over Christmas.