The Indian mobile manufacturer recently created a great stir and excitement among the mobile lovers by announcing a smartphone which will have almost all facilities at a very affordable range, which was Micromax A116 Canvas HD.

The launch of the phone confirmed the excitement with more than 9,000 units were booked within a day of launch on February 14, 2013. 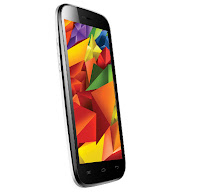 But after the purchase of phone, there have been complaints received from users that the company is not updating the Android operating software in its devices. The device has Ice Cream Sandwich operating system and the users want Jelly Bean to be updated to this device.

Well, getting such a smartphone at a low price is no joke but still the users would always want the best of what they have and surely this will make the team of Micormax think about it.