With the release of the iOS mobile operating system in October of this past year, there were a lot of changes and modifications. Some of these changes are big. Other changes are smaller and these often get lost in the shuffle. 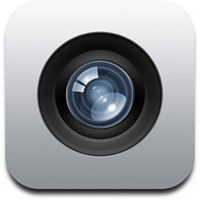 One of the features can be used by those who love to use the camera. This may not be something that you are familiar with, so let me introduce the feature. One of the complaints of iPhone users has been the fact that sometimes it takes too long to unlock the device and launch the camera application and then at the same time quickly take a picture.
It is possible to now get to the camera from the lock screen by tapping the home button twice if it is locked. When you do the double tap, a camera button will show up on the right hand side of the lock slider. Once you tap the camera button the default camera application is loaded.
With the new iOS 5 quick launch button, you’ll find that it is faster, but it still is slow enough that you might miss taking the your favorite shot. You see it is still going through the process of unlocking the phone and launching the camera. There was an app that was found on the Cydia Store that could fix this issue. It was called “Snappy” and offers just about immediate access to the camera on the iPhone. It has been updated to work with iOS 5.
The way it works is that it connects to Activator. This lets users define various gestures that will launch the cameras. The gesture is actually set up through the Activators settings, even though Snappy 5 has a settings entry after it is installed. The settings as listed below are:
Camera roll from lock – on/off
Override Camera Mode – on/off
Exit After Snap on Launch – on/off
This app needs to run on a jailbroken device and you can select various Activator actions that will start the camera in standard mode or video shooting mode.