Samsung has been working on improving the Exynos 5 Octa chip which is a part of the international version of the Galaxy S4. We feel that the chip may debut soon in much-anticipated phablet, Galaxy Note 3.

The company has named it as the ExynosEvolved processor and also claims that it will be more powerful and an enhanced version of the Exynos 5 Octa. 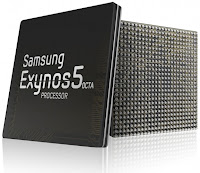 Samsung has been making quite a few improvements to the big.LITTLE architecture of the Exynos 5 Octa chip, which is presumably to improve the performance and the battery life.

The company said it will reveal more information about this chip next week.