Both the tablets come with a multitouch, capacitive touchscreen with an optional keyboard. The keyboard attaches to the tablets magnetically enabling the users to use it as a laptop also. Both the ATIV tablets also include a S Pen for use with the S Note app for Windows 8.

It also includes a 8 megapixel external camera and a 2 megapixel front- facing camera with digital zoom and flash.

Also, a USB Port 2.0 is available. It supports MP3 and WMA music playbacks and MPEG4 and H.263 Video playbacks. The headphones connector size is 3.5 mm wide. Other features present are the sensors like Accelerometer and Voice Recording.

Undoubtedly, this is quite a powerful device but its weight being a bit high might prove disappointing. Let us hope for the best…

There is no official market release date yet or any information regarding its prices. 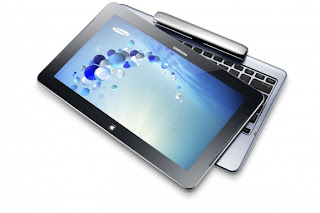 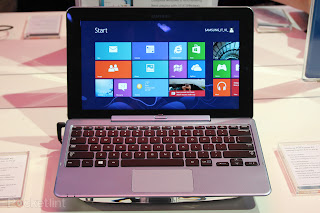