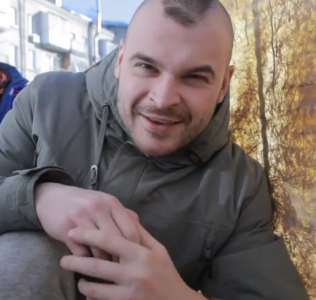 Maxim Martsinkevich, who went by the nickname Tesak (Russian for machete) has been found dead in what is said to be a suicide inside his jail cell in the Urals region of western Siberia, prison authorities said Wednesday.

Tesak was serving a 10-year sentence for a violent attack on synthetic cannabinoids dealers. Martsinkevich, 36, had three earlier convictions relating to extremism and inciting hatred.

Tesak was found dead in a pre-trial detention center in the Chelyabinsk region, where he was due to be transferred to Moscow for questioning as part of a criminal case opened in 1999, Interfax reported.

Investigators have started a preliminary inquiry into Tesak’s death.

Tesak’s lawyer Ivan Sidorov told Interfax that Tesak had “no reason” to commit suicide and added that “someone may have helped him.”

The state-run RIA Novosti news agency cited regional human rights authorities in saying that neither Tesak nor his friends had any complaints prior to his death.

Conflicting reports said that Tesak may have left a suicide note allegedly asking to give a private diary and a book on communism to his wife, while another report said that there was no suicide note, according to the Meduza news website.

During his lifetime, Martsinkevich had gained popularity for his engagement in vigilante attacks on gay men, drug dealers and pedophiles.