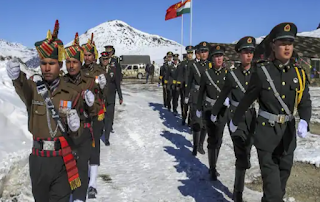 However, the sources also said that the number of casualties was way higher Chinese side. “Indian intercepts reveal that Chinese side suffered 43 casualties including dead and seriously injured in face-off in the Galwan valley,” said the sources.

Notably, Colonel Santosh Babu-Commanding Officer of the 16 Bihar Regiment-and Havaldar Palani and Sepoy Kundan Jha were, previously in the day, reported as the first three Indian casualties of the violent clash.

China, however, is yet to speak on the number of casualties and injuries suffered by it, though the state media reported that its troops too had suffered ‘significant’ casualties.

In its official statement, the Ministry of External Affairs (MEA) slammed China, saying that Beijing was responsible for all the deaths, which, the ministry said, were all ‘avoidable’.