Have you ever thought about what technology seems to do for your life? Some people think that it makes it easier to do things. Other people find that it is harder because they have to learn how to do some new things. Actually, technology shouldn’t make your life harder. With the advent of so many new electronic devices as well as new computer technology, you’ll find that these devices are actually taking you through the day. 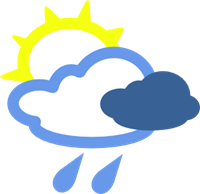 Something that as human beings we get very bored doing is the same thing over and over again. Doing monotonous tasks can be debilitating, both mentally as well as physically. This is where technology comes in handy as tools or utilities are created through scripts or macros, which allow us to automate different tasks.
As an Android user, you might have found an app that will save you some time. If you haven’t found it, then let me introduce you to an application called the Tasker. This app has been developed by a company known as Crafty Apps and has a function to make certain tasks automated.
Compatible with the latest Android OS, it lets users select different jobs or tasks that will not have to do them anymore. One of the examples of tasks that you can select is related to weather applications. This application is not the same thing as an animated wallpaper. With this application, you can change the wallpaper of the device to a different one that will show the current weather conditions. The application will check on a previously set time the updated weather conditions and then adjust the wallpaper. You can stop this task based on the battery level of the device. So for example, if your battery is low, then you can set a certain level at which point the Tasker will stop doing that task.