In what can only be explained an irritable response if not an intimidated one, footballing legend and Brazil’s pride, Pele reacted to the comparisons being made between him and the Argentine attacker Lionel Messi. Messi has won the ballon D’or or the golden football three times in a row and seems to be one of the finest promises in the game. However Pele seems unimpressed.
Pele later expressed his appreciation towards the talent of the diminutive champion Messi, and even confessed being his fan. 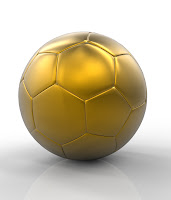 However, he says his appreciation does not equal him to himself. If anything can be said, we are at the same level is what he had to say about the glaring comparisons. In what can be explained as a challenge to the rising star, Pele in a way has provoked Messi by asking him to beat his record by scoring more than 1283 goals and winning three world cups. There can never be another Pele, he said, as his parents have shut down the factory. Well, we never know, as Messi hasnt shut his.