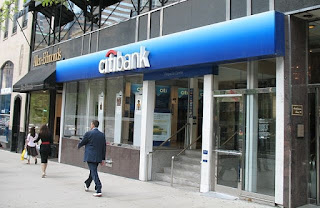 The banking industry of the US has a race problem, and a new study discusses the inequalities within the nation’s largest financial institutions.

For people of color, the chances of achieving promotion to the highest levels of management or senior and executive leadership at some of the nation’s most powerful consumer banks are way less compared with their White peers, according to the report, which was conducted by the Committee for Better Banks.

The tech industry, in general, has come under fire for its hiring practices. But Nick Weiner, the CBB study’s lead author, says the lack of minority representation in financial services has among the most wide-ranging consequences.

The financial services industry offers the critical infrastructure for the national economy, helping people and businesses process transactions, raise money for recent ventures, and facilitate services like insurance and employee benefit programs, according to the study said.

Some of the financial institutions that publicly raised voice against racism in the aftermath of the police killing of George Floyd last year have a track record of keeping African American, Latino and Asian bank tellers and call center workers stuck in low and entry-level jobs, dimming their prospects for climbing the career success ladder, the report noted.

CBB is a coalition of bank workers, consumer advocacy groups, and labor organizations. Last summer, the group’s researchers started to gather and analyze demographic data on the workforces at 13 of the nation’s largest consumer banks, which are legally necessary to provide some of the same information to the Equal Employment Opportunity Commission.

1) their willingness to reveal workforce demographic data,
2) their levels of diversity across the job classification hierarchy,
3) how workers of color fare in career advancement relative to their White peers.

CBB gave a final total grade of “C” for diversity and inclusion to the collective financial services industry.

Asian Americans fared better than Black and Latino employees in the report.

“None of them performed that great,” Weiner said of the banks.

None of the banks received an overall grade higher than a “C.”

The top grades went to Bank of America, Capital One, Citibank and JPMorgan Chase — a “C” means their diversity metrics are on par with the larger industry.

The report awarded the lowest grades to banks that gave incomplete data or refused to provide any. Only five of the 13 banks — Bank of America, TD Bank, Citibank, JPMorgan and Capital One — provided CBB’s researchers with all the stats the group deemed necessary to finish its report.

Several banks — Bank of the West, Fifth Third Bank, HSBC North America, PNC Bank, Santander, Truist Bank, US Bank, and Wells Fargo — all earned overall “F’s” because CBB’s report said they declined to provide its researchers with data on “the total number of employees within race groups at the company” and in some cases refused to break down their percentage of Black, Latino, and Asian employees.

“Because accountability starts with transparency, banks that did not revealed data were judged accordingly,” the study authors wrote.

US Bank criticized CBB’s findings as inaccurate and added that they do not reflect data the company has publicly released, including the 2020 Environmental, Social and Governance report available online on its website, which does contain its workforce demographic statistics.

Truist Bank said its workforce demographic data is included in its 2020 corporate social responsibility report, which CBB did not include in its findings. A Truist spokesman said the CBB report also did not include the information on its diversity, equity and inclusion efforts.

Truist said it has always been committed to diversity, equity, and inclusion —but events like the police killing of George Floyd resulted in an even bolder stance by the company.

Bank of the West and Santander declined to reveal any demographic information, according to the CBB report. Bank of the West’s CEO Nandita Bakhshi, an Indian-American, says she disagrees with CBB’s findings, noting her bank was recognized by Forbes as among the best employers for diversity in 2020.

Citibank said it publicly reported its own workforce demographics in 2020 and expects to boost the ratio of Black representation in select leadership roles to at least 8% by the end of this year. HSBC said it released its demographic data on its own in October.

Citibank says it already has implemented all of CBB’s policy recommendations on its own before the release of the group’s study.