In a rather surprising move, OnLive is planning on launching a new application for the iPad. This will let users stream a complete Windows 7 desktop expeiernce and to their iPad. This is due to be released on Thursday, January 12th. Further releases will be forthcoming for the Android and the Windows/Mac clients. 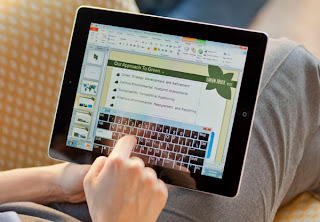 The company currently uses streaming technology for the current gaming service uses. This new release will use the same technology as well as the same server farms. It appears as if this is an additional way to make more use of their equipment.
There are three different versions. The first version is a free version. With this version, the users get 2GB of online cloud storage and a limited suite of office applications.
The second version is a $10 per month subscription. With this version, the users get 50GB of storage, priority server access and additional applications.

The Enterprise version is basically for companies to build their own packages. With this version, available applications can be created to meet the specific needs of the company. The iPad will look as if it is running Windows 7. It will have the Start Menu, the Recycle Bin and most of the usual Windows stuff that one is used to seeing. It looks as if it is responsive to the point that it seems to match the OnLive’s gaming services. It is still important to have a good Internet connection also.
As Thursday gets here, you’ll definitely want to check out the OnLive desktop application. Just think, you will be able to run Microsoft Office on your iPad. Once again, be sure that you have a good strong Internet connection to connect to. Remember that the first version is free so that it won’t cost you a thing to try it. If you find that you really like, then you may want to upgrade to the next level so that you can take advantage of the additional applications.