Nokia has released its Q3 earning report in which it has quoted an operating loss of $754 million in three months and that the sales of the Lumia smartphones have dropped by 1.1 million between Q2 and Q3. Even after the dip, Nokia has informed that there is a growing sign, as this is the first time that Nokia has shown a under a billion loss figure showing $754 in one year.

This time it would be a little tough for Nokia but analysts have reported that Lumia 820 and 920 could be some help to them in gaining profit.

Reportedly, the pre-orders for the Nokia Lumia 920 have been going strong in Italy and the units held aside for pre-order have been sold out.

Let me refresh your memory by repeating the specs of the Lumia 920 and 820.

The Lumia 920 sports a 4.5 inch capacitive touchscreen display with a resolution of 1280 x 720 pixels along with PureMotion HD and ClearBlack display technologies. The handset is equipped with an 8.7MP rear camera with PureView branding, 1.2MP front camera, and is powered by a 1.5GHz dual core Qualcomm Snapdragon processor bundled up with 1GB RAM, 32GB internal memory, NFC connectivity and 2,000 mAh Li-ion battery.

Nokia has huge expectations with its Lumia 920 and 820 devices. It is hugely struggling to regain its market position.

Let us see how does it goes for the finnish company… 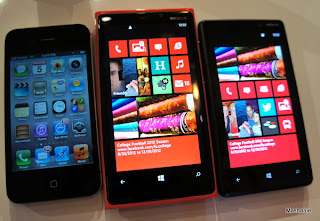