Nintendo unveiled its next video game console called Wii U which features a touch-screen controller and better graphics than its current Wii device.The Wii U’s white, plastic, controller is about the size of some tablet computers and features a 6.2-inch touch screen, as well as a standard array of gaming controller buttons. 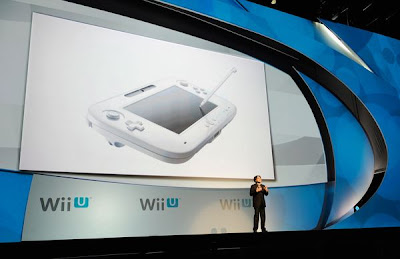 The display on the Wii U controller can work in a few different ways: as a complement to a game on a TV, adding extra information or control options; as a mirrored screen, displaying the same images as what’s on a TV; or as the only gaming screen, for when a friend may want to watch a TV but a Wii U user might want to keep playing a video game.
The screen’s options will allow users to game at home without being tied to their TVs, but because the controller relies on the Wii U console for everything displayed on the screen, it isn’t a true portable gaming system on its own. 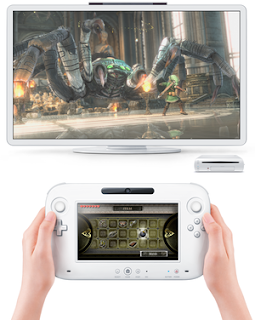 The touch-screen will also be compatible with a stylus and feature two cameras, one front and one rear, that can be used for augmented reality games or to conduct a video chat session with friends who also own Wii U systems.
An accelerometer and a gyroscope are built into the new controller, so motion control (which is a trademark of the current Wii system) will play a role in the new device as well.
But the Wii U won’t rely just on the touch-screen controller. The new system will be backwards compatible with the current Wii’s motion controllers and other accessories.
[Source]