Preview: Swansea will play their first match in the Barclay’s Premier League tonight against Manchester City at Etihad Stadium. Swansea will be struggling hard to take over Man City tonight as they are urged to win their first Premier league match.
Carlos Tevez, Manchester City’s top goal scorer last season, will not be playing tonight as he has recently returned to the club for training. However, Man City’s newly signed Sergio Aguero, for £38 million from Athletico Madrid, will be playing but for 45 minutes only. Recent Man City form: LWWWW
Swansea City have a poor record on opening day. They have failed to win their first fixture for the last five seasons. Skipper, Garry Monk, might not be playing tonight as he is struggling with foot problem. Recent Swansea form: WLWLW 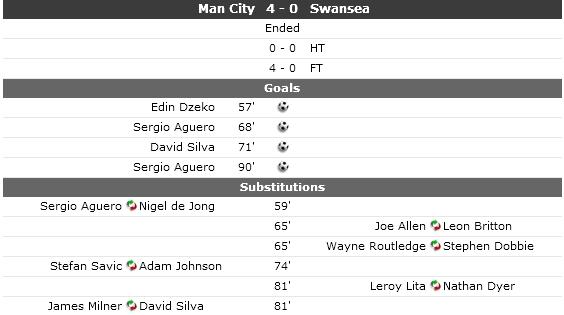