Liverpool played exceptionally superb to draw game with Manchester City 2-2 played on Sunday
February 3, 2013 at Etihad stadium. City is second in the current league table with 53 points and
Liverpool is seventh with 36 points. 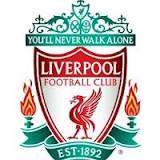 Daniel Sturridge and Steven Gerrard scored a goal each for Liverpool in 29th and 73rd minutes
respectively.

Liverpool deserved to draw this game as they played as a better team in this match and this would give a lot of boost to them and at the same time City would have to up their ante to top the league table.