LG has plans to launch its new smartphone, dubbed as Optimus F5, in different countries in Central America, Asia and the Common-wealth of Independent States, including India very soon and we can see it in the stores in the coming weeks. 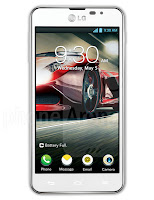 The LG Optimus F5 runs on Android 4.1.2 Jelly Bean and runs on LG’s own UI with features such as QSlide, Live zooming, Video Wiz and QTranslator. The handset is powered by a 1.2GHz dual-core processor from Qualcomm and 1GB RAM, 8GB internal memory, 5 MP camera, 1.3 megapixel rear camera ,4.3-inch IPS display with a pixel density of 256 PPI.

The pricing has not been revealed, but the company has stated that the pricing will be competitive.