Lenovo has not been able to capitalize the growing smartphone market in India and now it seems they have realized the potential and so they are also planning to launch its 5.5-inch phablet, the K900 in India. 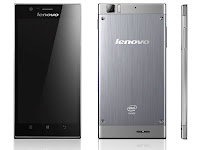 The launch will reportedly be accompanied by a big marketing push and will likely include a TV campaign, which may be run during the ongoing cricket tournament Indian Premier League.