With the release of the Android 4.0 Ice Cream Sandwich OS Update for the Intel-Atom based Lava Xolo X900, it is becoming quite clear that the chipmaker is gradually trying to make its place in the smartphone market.

The Lava Xolo X900 was launched in India in April featuring a 4.5 inch-ed capacitive touch screen display with a resolution of 1280 x 720 pixels. It was the first ever phone to make use of the Intel Atom processor.

Earlier, the phone was to receive the Android 4.0 Ice Cream Sandwich Update after just a few weeks of its release but it got delayed.

Now finally, Lava has come up with the ICS roll out for the Xolo X900 smartphone. The Facebook page of Xolo claims that the OTA (over-the-air) update for the same with a download size of 222MB is available. You can also get it by hooking your device via USB.

“We are pleased to announce that Android v4.0 ICS upgrade is now available on XOLO X900. We thank all our XOLO X900 customers for their patience and truly hope that the ICS upgrade will make your smartphone experience even more enjoyable.”

The Android 4.0 Ice Cream Sandwich on this smart phone provides a host of new features including the following.

(i) Brings the Face Unlock feature
(ii) Improved Wi Fi internet connectivity with strong connections and no bugs
(iii) Optimized for better performance for the battery life of the device
(iv) Improved camera feature for the better imaging under low light conditions
(v) Bar code scanning on the device will now be lot quicker
(vi) Pre-loaded with Quick Office for the office documents editing functionalities and supports Google apps.
(vii) Includes the latest version of the Google Play Store for advanced security and various apps supports
(viii) Powerful web browsing and text rendering
(ix) Take photos while video recording is continuing
(x) Users can launch camera app directly during the unlocking itself
(xi) Update brings the Roboto font which comes with high resolution optimization for improved readability
(xii) The keyboard on your device will now feature the faster typing with improved accuracy to make the text input faster
(xiii)    Now you can type with your voice. Touch the microphone button on the keyboard and start talking to automatically write any text or email.

The Android 4.0 ICS Update will surely make the phone a better one and give the users a much better experience. 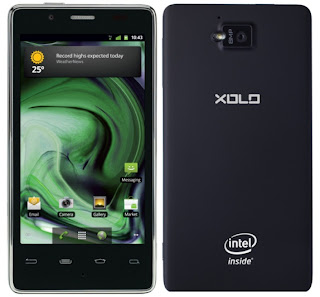