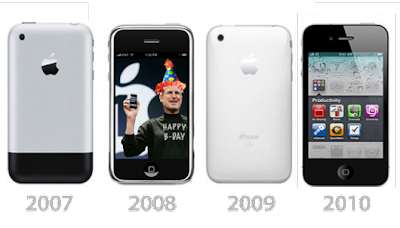 Four Years ago, on 7th January 2007, Apple CEO Steve Jobs announced the first original iPhone [also called iPhone 2G, iPhone EDGE] after months of rumors and speculations and finally made it on sale in United States on 29th June 2007. Today iPhone has turned four-years-old and in these four years of its reign, it has changed the fortunes of the mobile market.
Original iPhone, iPhone 2G or iPhone EDGE: 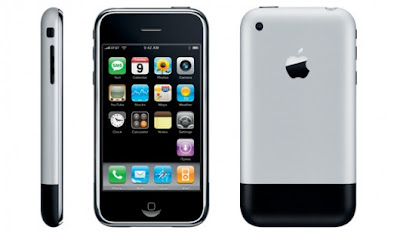 This was the first iPhone released by Apple on 29th June 2007 in United States where thousands of people were lined up before the Apple Store to buy this new innovative phone and Apple sold Millions of iPhone 2G in less than three months in United States only. In Europe it was released in November 2007. Then it was officially launched in France, Austria, Ireland, England and Germany in Spring 2008. iPhone 2G was available in two models in the beginning i,e in 4GB and 8GB. Later on, in January 2008, it’s capacity was raised to 16GB. iPhone 2G final OS version was 3.1.3 as it no longer receives firmware updates from Apple.
iPhone 3G: 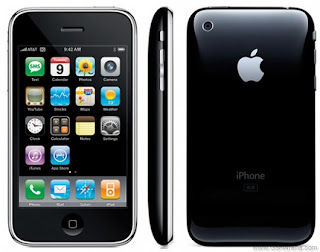 It was the successor to the original iPhone, and was Introduced on June 9, 2008 at the WWDC 2008 at the Moscone Center, San Francisco. iPhone 3G was very similar to iPhone 2G with same 2 MegaPixel camera and no support for video recording, and its performance was limited by the same 128 MB eDRAM memory unit. However it came with several improvements and enhancements and had a new design with rounded curves. On July 11, 2008, Apple released the iPhone 3G in twenty-two countries, including the original six; in 8GB and 16GB models, with the larger capacity version having the option of being in black or white.
iPhone 3GS: 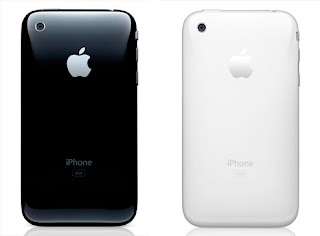 iPhone 3GS was introduced on 8th June 2009 at WWDC 2009 at Moscone Center, San Francisco with the same design as of 3G but with massive updates and upgrades. Within the first weekend of its release, over one million iPhone 3GS’ were sold. As far as the speed was concerned, iPhone 3GS came with 256 MB of RAM as its ancestors had only 128 MB of RAM, improving overall performance of the phone. It featured camera with higher resolution and the capability of video recording and voice control. iPhone 3GS is available in two versions, white and black 8GB, 16GB and 32GB.
iPhone 4: 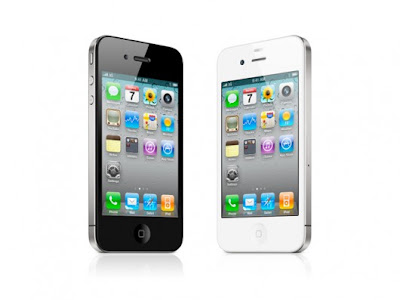 iPhone 4 was introduced at the Moscone Center in San Francisco on June 7, 2010 and launched on June 24 in the U.S., France, United Kingdom, Germany and in 18 other countries Unlike 3GS, Apple tended to change everything. iPhone 4 came with completely new design, faster performance with 512 MB RAM twice that of its predecessor and four times that of the original iPhone, dual cameras (front and rear), rear camera with 5 MegaPixel along with LED flash, High Definition Video recording, gyroscope and with retinal display.
The history has accustomed us that Apple is always ready to amaze and I’m sure will continue to do so. Steve Jobs has reinvented the mobile phone, has reinvented communication, technology has reinvented the universe. In the end I would like to say ‘Happy 4th Anniversary iPhone ;)’