We reported a couple of days ago that it looked as if the Sharp Company was going to be producing the high-resolution screens that would be a part of this new tablet. It now appears as if this is not going to happen. The IGZO technology has not passed Apple’s quality checks, so Apple is looking to find another company to take on this task. It looks as if they might end up back with Samsung. 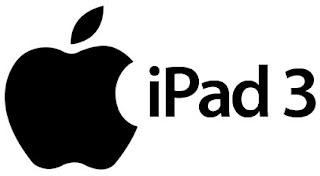 According to those who were familiar with the Sharp screens, with the IGZO technology, the thickness of the tablet could have been decreased. Actually it appears as if the thickness will actually increase due to the extra lighting that will be necessary to have all of the pixels lit.
Rumors are rampant that this new display will have a resolution of 2048 X 1536. With 330 pixels-per-inch, this will be the first iPad that will make use of the Apple’s Retina Display technology. It will be interesting to see how this will affect the price to the consumer. It is not expected that the price will be higher than $500, though you never can tell. With orders being placed for around 65 million panels, it appears as if Apple is expecting this tablet to do well in sales.
If Sharp is planning on eventually getting a contract with Apple so that it can provide parts for the tablets, it will be good if they can get the IGZO technology up to the point that it can meet Apple’s quality checks for mass production. Again it is going to be interesting to see what comes out over the next few weeks as Apple prepares to manufacture, produce and then sell the next version of the iPad. It is going to be interesting to not only see what new features are going to be available but also what the screens are going to look like.