In yet another high for Indian smart phone maker Micromax, the company has taken one of the finest Hollywood superstars Hugh Jackman (known for Wolverine role) on its board to promote the Micromax phones.

Hugh Jackman would be seen juggling different features of the upcoming smart phone Canvas Turbo in the 30-second ad that would be released soon. 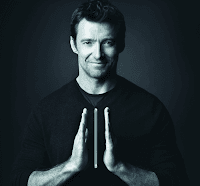 Micromax is the first Indian phone maker company that has signed such a big Hollywood star as they are now focusing to international markets as well. As of now in the first ad that would be released, he would be seen promoting Canvas Turbo.