HTC has recently made an announcement that smaller version of its flagship smartphone, HTC One Mini will be out in coming August.

The smartphone would get a smaller 4.3-inch display with 1280 x 720 pixel resolution. It may not have the same pixel density as HTC One but still comes with SuperLCD3 which is a proof of the quality of the screen. 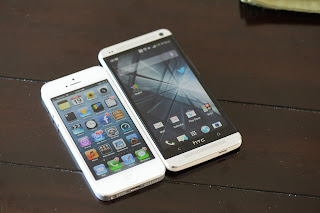