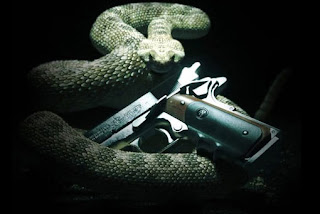 Finally something more to hear about Hitman 5 after a very long time. Yes, Agent 47 is back in Hitman Absolution. Developer Io Interactive and Square Enix Europe officially announced that Hitman Absolution is indeed in development for the PC, PlayStation 3, and Xbox 360. The announcement did not offer a release window for the title but did say it had been built from the ground up using Io’s proprietary Glacier 2 engine. The game will be shown off behind closed doors at next month’s Electronic Entertainment Expo. Here is the 24 second teaser trailer for Hitman Absolution

Hitman Absolution will be the first entry in the series since 2006’s Hitman: Blood Money, which saw 47 bring silent death to locales ranging from mid-Mardi Gras New Orleans to the White House. The series follows the murderous exploits of Agent 47, a bald killer genetically engineered to be the perfect assassin. Hitman: Codename 47 (2000) told the tale of how the protagonist found work with the International Contract Agency (ICA) whacking high-profile criminals. In Hitman 2: Silent Assassin (2002), 47 is pulled out of retirement after his priest friend is kidnapped by the Sicilian Mafia. In Hitman: Contracts (2004), he revisits many missions from the original game, albeit in reverse.