The only Premier League match on 14.2.2011 [14th February 2011] between Fulham and Chelsea will be played tonight at 8:00 PM GMT at Craven Cottage — London under the referee M. Dean‎ 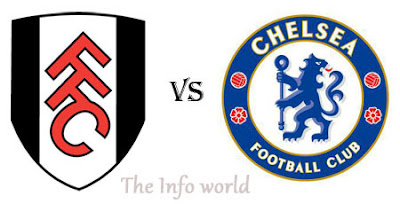 Match Preview Fulham vs Chelsea 14.2.2011
Fulham:
Fulham striker Bobby Zamora made a scoring comeback for the club’s reserves in their midweek game against Brighton as he played 45 minutes on his return from injury. However Monday’s game comes too soon for the striker who will not feature for Fulham against their local rivals as he continues his drive for full fitness following recovery from a broken leg. Meanwhile manager Mark Hughes must also do without the services of Dickson Etuhu, who is out with a hamstring injury, and also on-loan Chelsea attacker Gael Kakuta, who is ineligible to face his parent club. However, there will be several familiar faces in the Fulham squad for Chelsea fans, as old boys Steve Sidwell, Damien Duff and Eidur Gudjohnsen could all come up against their former club along with manager Hughes who won an FA Cup with the Blues.
Expected team/squad for Fulham 14.2.2011: Schwarzer; Pantsil, Hangeland, Hughes, Baird; Sidwell, Murphy, Duff; Dempsey; Dembele, Johnson.
Chelsea
Carlo Ancelotti has confirmed that £21.3 million defender David Luiz will make his first start for the Blues following his January move from Benfica. However, defender Jose Bosingwa picked up a knock while on international duty with Portugal and misses out, with Branislav Ivanovic likely to move to right-back as Ancelotti otherwise has a full squad to choose from bar long-term absentees Alex, Yossi Benayoun and Yuri Zhirkov. £50m man Fernando Torres is likely to start alongside Didier Drogba with Ancelotti looking to move to a two-man forward line after the team struggled for fluidity with a three-man strike force against Liverpool. Speaking to the club’s website ahead of the game, Ancelotti said: “My aim as a coach is to try to find the better solution with the players we have in the squad. I think Drogba and Torres are fantastic strikers and we have to try everything to put them together to play. “There is not a sacrifice, if sometimes I choose one player or another, because in the future we will have very important games and I think rotation of the players will be very important.”
Expected team/squad for Chelsea 14.2.201: Cech; Ivanovic, Terry, Luiz, Cole; Essien, Mikel, Lampard, Malouda; Drogba, Torres.