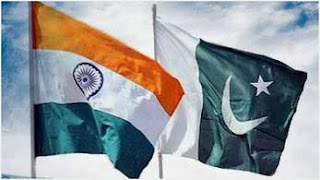 Its PAKISTAN vs INDIA. Cricket diplomacy will be at its peak when Pakistan and India will face each other at Mohali on Wednesday 30th March 2011 to play the Semi Final of the ICC Cricket World Cup 2011. This match is going to be the biggest match in the history of Cricket as both teams are desperately looking to defeat each other and win the hearts of their Nation. The Indian and and Pakistani Prime Ministers are also coming to watch this long-awaited match at Mohali. The current reports on rush for tickets, lack of space for private aircrafts at the Chandigarh airport, hike in air fares, tight security arrangements are all part of this cricket extravaganza. Mohali is well and truly in the throes of cricket madness. So far the journey in the Cricket World Cup 2011 have been smooth for both Pakistan and India as they made their way to the semi finals without any hesitation and now this match will surely decide who is at the peak. I would not predict this match as I am with both teams but one thing is sure that this match is going to give people much joy that they never had enjoyed in the world of Cricket before. All I must say is ‘May the best team Wins’ Good Luck to Both Pakistan and India.