Just got to read today, on some news sites, about something new details have been revealed about Falksland War, which started on 2nd April, 1982, fought between Argentina and United Kindgom. Some of the secret documents have revealed that then British PM, Margaret Thatcher was opposed by her MPs for over the war, the documents even included reports if Thatcher’s advisers such as John Hoskyns, Alan Walters and David Wolfson had discussed the plans of selling this island. 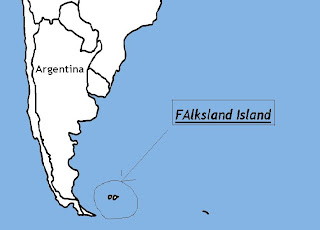 The war ended on 14th June, 1982, United Kindom took control of the island, and over 11 thousand of Argentina were taken prisoners.

The Falksland island known as “Las Malvinas” in Argentina, is home to over 3,000 people, but still remains a disputed island, last time, on 3rd January 2013, the president of Argentina, Cristina Fernandez de Kirchner had once again slammed the UK to return the Falkland Islands, pointing that the UK had taken the island away from Argentina on this same day, 180 years ago, she also regarded Britain of mass colonialism, an accusation which was denied by the member of Legislative Assembly of the Island, Barry Elsby, saying that their relationship with the UK is because of their own choice.