Apple has released iOS 5 Beta 5 for iPhone, iPod Touch and iPad which is limited to registered Apple developers. Registered users are advised to upgrade to iOS 5 beta 5 so that they could give feedback on the iOS 5 features to Apple as iOS 5 Final is close to its release. 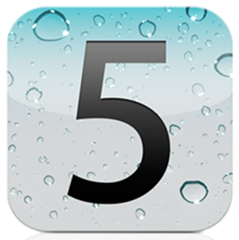 You might know that since the release of iOS 5 Beta 4, updates have become over-the-air, means that users who did update their devices to iOS 5 beta 4, will receive update notification once they are connected to the internet on their devices. All you have to do is go to the Settings.app followed by General then on to Software Update. 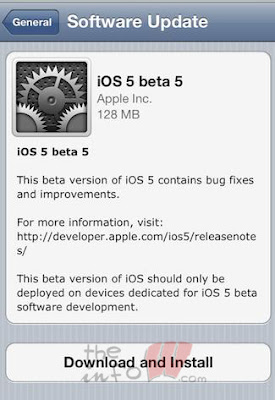 iTunes 10.5 Beta 5 is also released alongside with iOS 5 beta 5 which is requirement to sync iOS 5 Beta 5 devices.

This version of iOS is intended only for installation on development devices registered with Apple’s Developer Program. Attempting to install this version of iOS in an unauthorized manner could put your device in an unusable state, which could necessitate an out of warranty repair.

So refrain from installing iOS 5 beta 5 by illegal means. Rather wait for the iOS 5 final which is expected to be released this fall