Mozilla has seeded new version of Firefox i,e Mozilla Firefox 8 for Windows and Mac. Firefox 8 comes with many bugs fixes, security fixes, performance enhancements and much more. Firefox is not directly avaialble to download from Mozilla’s official website as it is scheduled to release on Tuesday, November the 8th. But you can download Firefox 8 from Mozilla’s FTP server right now. 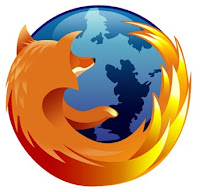 Features, improvements and add-on in Firefox 8 include:

One of the main reason why people prefer other browsers such as Google chrome and Safari over Firefox is the performance issue. Firefox consumes much more system’s memory than other browsers and that becomes annoying on slower and older machines. Let’s see if Firefox 8 is more faster than previous versions. You can download Firefox 8 from the links below: