The Arena do Gremio stadium in Brazil which is going to held certain matches of upcoming 2014 football world cup has been in controversy off lately. 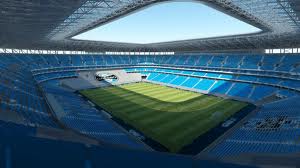 The stadium authorities have been asked by South American Football Confederation (Conmebol) to make changes in the stands on the north side by closing it so that the safety of the spectators is not compromised.

This order has come because of the recent incident that took place in the match between Gremio and Liga Deportivo Universitaria. After Gremoi’s Elano scored a match winning goal for the team, the audience got so excited that the fence of the north stand got collapsed and they feel on the ditch injuring themselves.