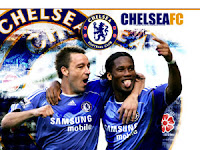 Newcastle will be travelling to Stamford Bridge to face Chelsea on May, the 15th, 2011. The apparent infallibility of David Luiz has demised in recent weeks, with the defender looking a little too eager to come forward and intercept at times, and he may be replaced by fellow Brazilian Alex in the center of defence.Carlo Ancelotti will be starting with Fernando Torres as they already secured their second position in the league, so he might want to see some goals from Torres.
Alan Pardew had indicated that midfielder Chiek Tiote may be rested to avoid any possible suspension that would lead into next season, yet Kevin Nolan’s absence due to ankle surgery may mean the former Southampton boss has to revise his plans.Alan Smith could take his place in central midfield in an otherwise unchanged starting XI, although expect youngsters Nile Ranger and Shane Ferguson to feature from the bench.
Chelsea vs Newcastle Match Details:
Cup: English Premier League
Date: 15.5.2011
Kick off Time: 1:30 PM BST [British Summer Time]
Stadium: Stamford Bridge, Chelsea
Referee: L. Manson
Result: Chelsea 2-2 Newcastle 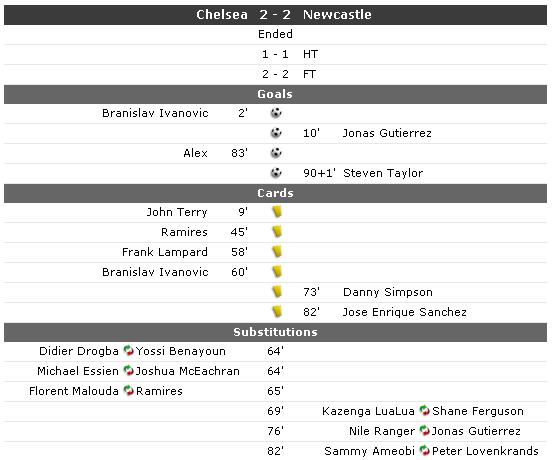