The 34-year-old, currently playing for Corinthians, has been planning to hang up his boots for some time and is set to officially announce his retirement on Monday. Citing injury and fitness concerns as the main reasons for his decision, he told Fantastico online magazine: “My body aches. In my head I want to continue, but this body can’t take much more.

“In recent days I have cried like a baby.”
Ronaldo has been one of the most celebrated footballers in his generation, having won three World Player of the Year awards, two World Cups with Brazil and is the competition’s all-time leading goalscorer with 15 goals in four tournament appearances.
While he has experience many highs during his career, there were also some low moments too. 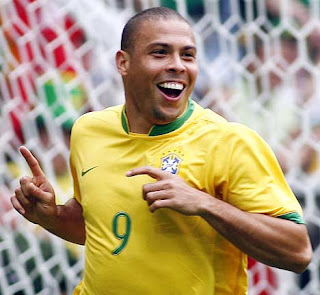 The former Barcelona, Real Madrid and Inter Milan player has been plagued with a number of serious knee injuries throughout his career and was often criticized for being overweight.
But the lowest moment for Ronaldo was in the 1998 FIFA World Cup, where he suffered a convulsive fit the night before the final against France but insisted on playing despite being taken off from the starting line-up 72 minutes before the match by then coach Mario Zagallo.
He performed badly as Brazil went on to lose 3-0.
Nonetheless, he will be remembered as one of the greatest strikers of all time.
He will formally end his career at a press conference at Corinthians headquarters at 12:40pm local time (15:40 CET, 14:40 BST, 09:40 EST.)
espnstar.com