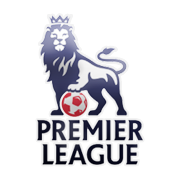 It’s been just a week since the start of the new Premier League season and Bolton Wanderers and Manchester City have placed themselves at the top of the table. Bolton thrashed newly promoted Queens Park Rangers in their opening fixture by 4-0 while Manchester City did the same with Swansea on Monday.
Newly signed Tuncay Sanli is expected to play today while Tyrone Mears and Lee Chung-Yong have been ruled out due to injuries.
Man City’s top goal scorer of the last season, Carlos Tevez, is in contention to play his first match against Bolton today. Sergio Aguero, who played his stunning debut against Swansea, will be in the starting XI for Man City alongside with Tevez.
Bolton vs Manchester City match info:
English Premier League
21st August 2011
Kick off at: 16:00 GMT
Reebok Stadium
Result: Bolton 2-3 Man City