The phone comes with a 2.8-inch touchscreen with a 480 x 360 resolution with 214 ppi as well as a trackpad. It will feature a QWERTY keyboard and will also have a dedicated shortcut key to access BlackBerry Messenger a lot faster. 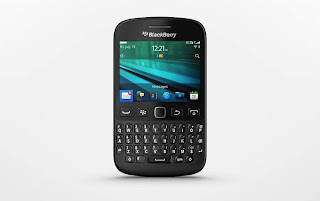 Other features include 512MB of internal storage, expandable up to 32GB with a microSD card, a 1450 mAH removable battery, a modest 5MP back camera but not a front-facing one.