According to the specs sheet, the BlackBerry Aristo will sport an OCTA Glass OLED 4.65 inch display with resolution of 720 x 1280. It will be powered by a  quad-core 1.5GHz Qualcomm APQ8064 Krait processor and has 2 GB of RAM. It will also have 16GB of internal storage expandable via microSD card (16 GB).

It has a 2800 mAh battery which cannot be removed, but that doesn’t really create an issue as BlackBerry handsets usually last for a while on one charge.

There will be an 8MP camera at the rear that captures video in 1080p and a 2MP camera on the front.

The phone is also equipped with WiFi, microUSB, NFC, DLNA and Bluetooth 4.0 connectivity. 4 microphones are present for noise reduction and also there  is a feature called Face Detect for phone calls. The unit also has LTE connectivity.

This phone certainly looks to be a full package device.

We have to wait for this gadget to go official to see what it has in stores for us. 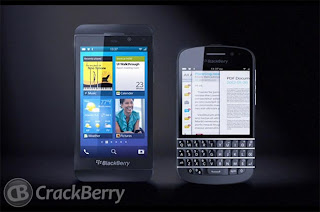