Barcelona will look to bounce back from their Copa del Rey defeat as they welcome relegation contenders Osasuna in a bid to take a step closer towards the Liga title. Barcelona’s hopes of a second treble in three years were sunk as they lost the final of the Copa Del Rey in extra-time to their bitter rivals Real Madrid in midweek. If the Barcelona win this game, this will be their 14th consecutive win at home; they have not won 14 in a row since 1993. Last match between Barcelona and Osasuna was played on December 4, 2010 where initially Osasuna had looked much more threatening than their illustrious visitors and had won two early corners. However, the Navarrans were soon on backfoot after a certain Lionel Messi took control of the proceedings. The Argentine set Pedro up for the opener and then later on scored a brace himself, one of which was a penalty. 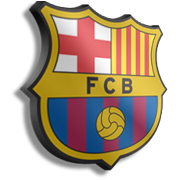