Taiwanese manufacturer Asus has sent out invitations for the unveiling of the PadFone 2, the successor to its ambitious PadFone product, a device capable of switching between smartphone, tablet, and laptop modes.

According to an invite nabbed by Notebook Italia, the unveiling will take place simultaneously in Milan and Taipei on October 16th.Recently leaked images suggest that the PadFone 2 will come equipped with a quad-core Snapdragon S4 processor paired with 2GB of RAM. OS was Android 4.0.4 Ice Cream Sandwich.

Not much else is known about the device — the teaser image included on the invite closely resembles the smartphone portion of the original PadFone.

We’ll have to wait till next month to get a closer look at the full package. 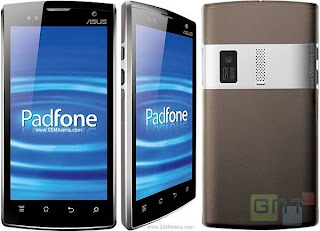