Donald Trump’s election victory last month activated a sell-off in Asian shares on increased fears of protectionism – but for some financiers, the selling marks a chance to buy into the continent’s still compelling customer story.

Asian developing market stocks lost 5.5 percent in the week after the November 8 election and have been since recovered just 1.6 percent. On the other hand, the United States Dow Jones Industrial average is now 4.7 percent above its pre-election close, that’s because of bets U.S. president-elect Trump will raise fiscal spending. 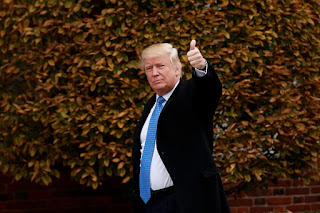 “Lots of emerging markets have a customer base that’s growing, they have a demographic benefit of a young population … and a middle class that is emerging.”

Average incomes for the MSCI Asia ex-Japan index are anticipated to grow 12.5 percent in 2017 from 2016.

The continent’s stocks, on the other hand, stay underestimated. The MSCI Asia ex-Japan index is trading at about 1.5 times book worth, against its 10-year average of 1.8 times. The S&P 500. SPX is at 2.8 times book worth, compared to its historic mean of 2.2 times.