Preview: Arsenal will play against Udinese in the Champions League Qualifier match tonight at Emirates Stadium. Arsenal have never lost a UEFA Champions League qualifying tie and they will be struggling to overcome Udinese to be able to qualify for 14th consecutive seasons.
Departure of Arsenal skipper, Cesc Fabregas and Samir Nasri has surely left Arsenal’s midfield in the dark. Jack Wilshare and Diaby are expected to fill in the space but they both are currently injured. So Rosicky and Ramsey will be playing in the middle. Also, gunners will be playing tonight without their new captain, Robin van Persie, who is in suspended after getting red card against Barcelona last season. Recent Arsenal form: DLDWW
This is the second time Udinese have reached UEFA champions league qualifying rounds and they will be stepping into the Emirates Stadium without their two major players, Sanchez who has moved to Barcelona, and Zapata to Villarreal. Recent Udinese form: WDWWL 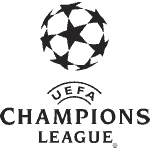