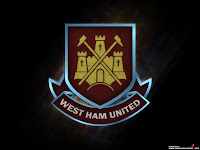 Arsenal’s Lukas Podolski and Alex Oxlade-Chamberlain who did not play against Chelsea because of illness will return for this match. However their midfield still remains a concern as Abou Diaby is doubtful and Francis Coquelin out because of hamstring.

The interesting part is that Arsenal has never lost a game against West Ham in last 10 encounters of which eight are wins.